WE ARE PROFESSIONALS WORTH YOUR TRUST

We are local. Local depots are the cornerstone of our business. Our local professionals are the ones who truly know our local customers. Thus, our depots have the responsibility, trust and permission to make their own decisions and deliver solutions to their own customers – with a local touch and an entrepreneurial spirit.

We operate with an agile, lean and decentralized corporate structure. We make equipment rental easier for the customer, and we find new solutions and innovations to do just that. Our success is built on trust, sincerity and respect. At Renta, the people come first – this applies equally to customers, employees and all our partners.

These core values are the foundation of Renta. These are the values we will build our future on.

We believe that our way of working with customers makes us the most attractive rental services partner in the Baltic Sea region.

“I always reply that our goal is simply to create a good company.”

THE STORY OF RENTA SO FAR

2015 – The Decision to build a new, modern rental company

Renta is a young company, but in three years more has happened than in many companies in 30 years. 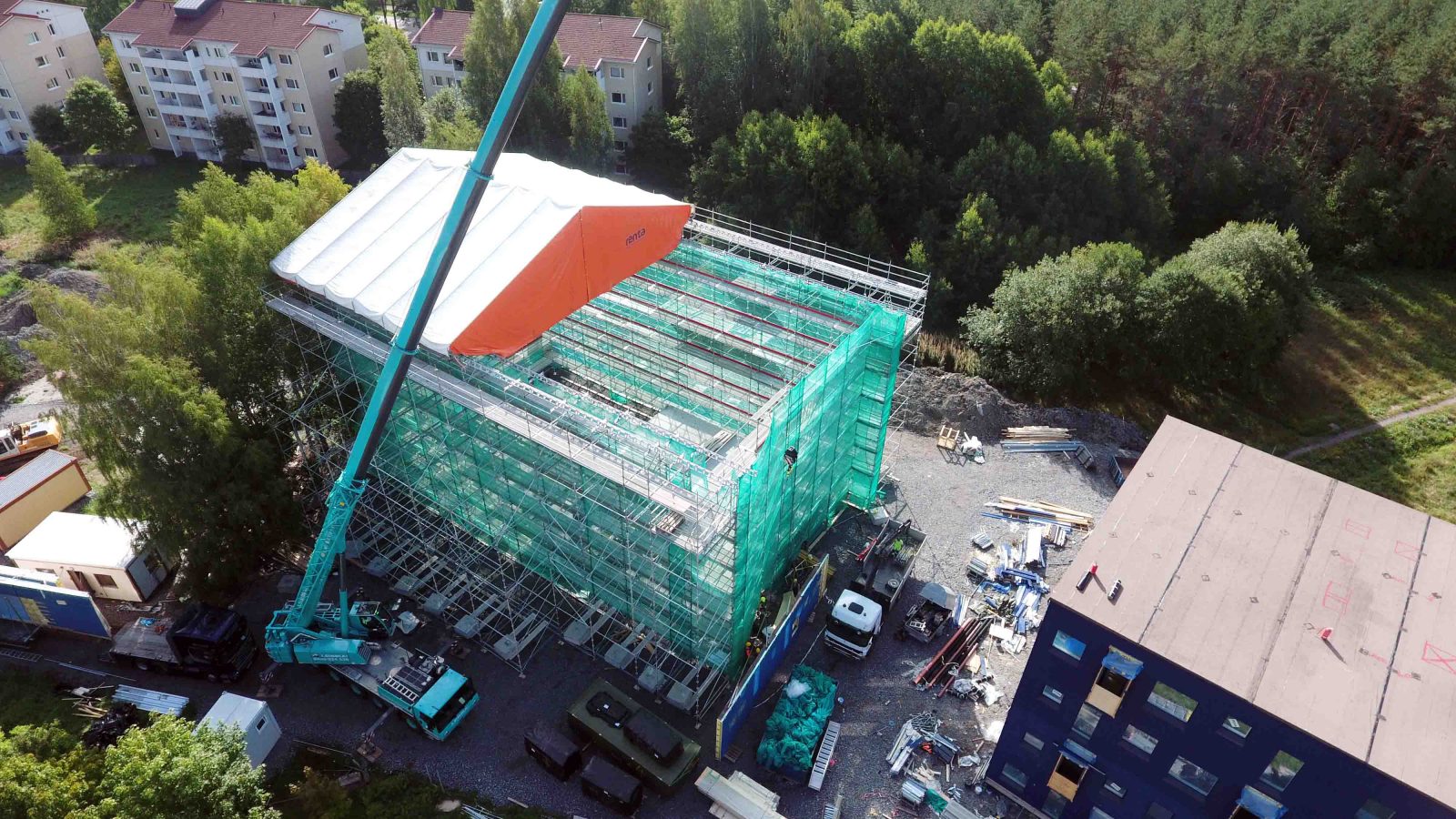 In 2015, a small group of experienced equipment rental professionals decided, in co-operation with the private equity investor Intera Partners, to create a modern and untraditional equipment rental services concept. The goal was to become a major player in the entire Baltic Sea region. The founders of Renta saw a clear demand for a new type of operator in the area.

From day one, Renta was built on a strong set of core values: understanding our customers, entrepreneurial attitude, reliability and innovation. Our strategy and actions have been based on these values ever since.

“The first goals are for our people to feel well at work and for the people to truly want to work for Renta. If we achieve those goals, that well-being will be inevitably projected on our customers, who then will feel the same way about working with us. I believe the figures will ultimately sort themselves out.”

2016 – Founding the Platform in Finland

The business operations were initially based on the acquisition of three well-known Finnish companies:

These companies formed a platform for the future development and organic growth of the company. Their values, culture and regionally strong market position were highly compatible with the values ​​and vision of Renta.

In each transaction, the owners and the key personnel of the acquired companies continued their work as Renta shareholders. This ownership has been a particularly important value from the beginning. In fact, at the end of year 2018, approximately one-third of our employees are also shareholders.

The Renta brand was launched in April 2016. At this stage, the Group-level company was also rebranded as Renta Group Oy. 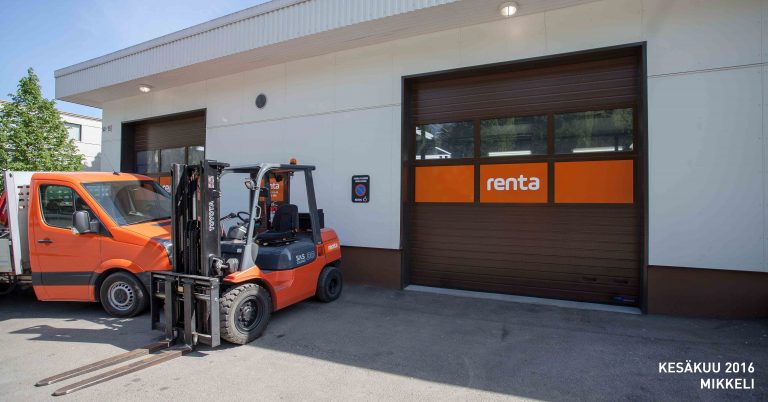 The depot network in Finland grew swiftly between 2016 and 2018. Significant steps in this part of the journey were the outsourcing of the SSR Group Oy (currently Pallas Construction Oy) equipment & machinery fleet to Renta and the associated long-term cooperation agreement.

The market situation in the construction sector was favourable and the timing of the expansion of operations was excellent. The growth in Finland clearly exceeded both plans and the growth of the market in Finland. Simultaneously, Renta was preparing for international expansion and the organization was being developed on all levels. 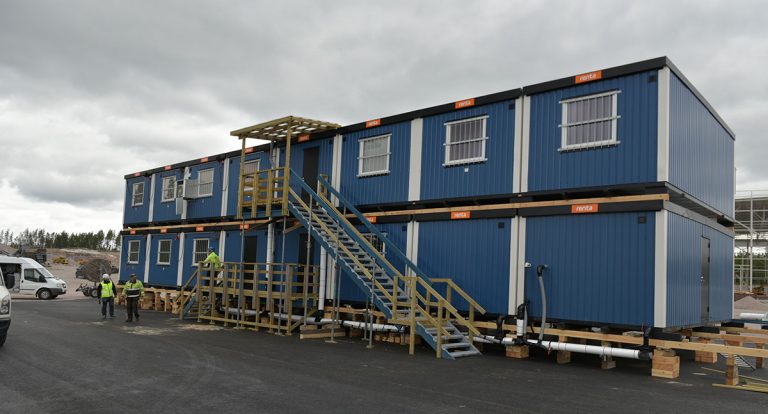 2018 – Renta expands to Sweden and Norway

In early 2018, Renta continued to expand both geographically and in terms of service range.

In January, Renta Group acquired the entire stock of Suomen Työmaapalvelut, strengthening its expertise as a comprehensive provider of site services. The transaction brought the company further know-how in site electrification, condition management, and temporary space planning and installation.

Renta had been preparing for internationalization since the previous autumn. In April 2018, the acquisition of Stål & Hyr Group AB’s entire stock was made public. The Swedish rental services company, founded in 1979, had 12 depots on the west coast of Sweden and in the north-west of Skåne. This network gave Renta a foothold and a platform for growth in Sweden, an important market in the Baltic Sea area.

In August 2018, Stål & Hyr signed an agreement on acquiring the entire share capital of Hyrcenter I Nerike AB, which operates in the central Swedish region. The acquisition increased the number of depots by six, expanding the network to cover the area between the big lakes of Central Sweden.

The goal was to grow into a major national equipment rental services provider in Sweden within the next two years. 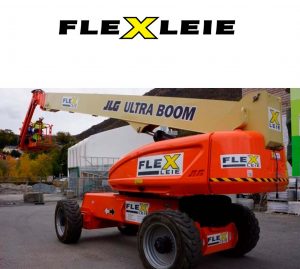 In October 2018, Renta announced the acquisition of the entire share capital of Flexleie AS, a Norwegian equipment rental company. Both Flexleie AS and Stål & Hyr shared the corporate culture of Renta: based on trustworthy local professionals and strong customer orientation.

Flexleie AS has five rental depots on the west coast of Norway, Oslo, and Northern Norway and one depot in Stockholm, Sweden. The goal is to form a nationwide network also in Norway during the next few years.

2019 – The Renta brand strengthens as innovations revolutionize the industry

The transition of Swedish and Norwegian companies under the Renta brand began in the spring of 2019. The Renta logo, orange color scheme, and other visual elements built an even stronger unity and facilitated cooperation. For example, Norwegian special lifting equipment was utilized in the construction site of the E4 bypass in Stockholm, Sweden.

The Swedish rental network grew both organically and through acquisitions. Renta’s Swedish subsidiary acquired the entire share capital of JRent AB, which operated in Jönköping.

In Finland, Suomen Työmaapalvelut Oy, which had been part of the Renta Group since January 2018, merged into Renta Oy. Operating under the same company and brand brought clarity to the service offering. It also enabled the geographical expansion of site services.

In September 2019, Renta Group Oy established a subsidiary in Poland. Renta appointed Tomasz Walawender as Country Manager and a member of the Renta Group Management Team.

We released a new version of Renta Easy in early 2019. We also introduced two brand new tools – Renta Modules and Renta Visuals. These tools, developed for the design and visualization of construction sites, were created by the Renta DigiOffice team, consisting of our personnel and a network of partners.

The COVID-19 pandemic forced the whole world to adapt to a state of emergency. Renta responded by increasing remote work and reducing contacts at the depots.

The pandemic also had concrete consequences for Renta’s services. There was a need to limit the number of persons per unit on the construction sites. Renta also built drive-through corona testing facilities divided into separate compartments.

The use and need for fast connections and IT-services grew exponentially. At the end of 2020, Renta launched the concept of intelligent site facilities, equipped and furnished with ready-made IT solutions and connections.

On April 6, 2020, we opened Poland’s first Renta depot in Katowice. In a few weeks, Krakow and Wroclaw joined the network.

The Swedish network had already grown to include 41 Renta depots, each held ISO 9001 and ISO 14001 certificates.

Despite the uncertain times, Renta enjoyed a very successful 2020. We believe this only adds more weight to our promise: we are professionals worth your trust.

“Where new is being created and built. Where old is being ﬁxed and improved. Where hard work is done in extreme weather. Wherever you are. You’ll ﬁnd us there.

We are by your side. Listening to you. Making sure our collaboration is pleasant and smooth. If your need is clear, we’ll provide the solution. If you need consultation, we’ll customise a solution that works for you.

Staying true to our word. That’s how we are. Delivering what we promise. The machinery and equipment you need. At the right place. At the right time. We guarantee uninterrupted operations. Occupational safety. Peace of mind.

We are the innovators and frontrunners in our ﬁeld. Utilising modern technology and digital services. Developing better and more efﬁcient working methods. Making life easier for the customer. Transforming the sector.

Entrepreneurial professionals. Hard-working, active and trustworthy. Experts who see the big picture and see things through. That is what they say about us. And that is why they praise and recommend us.”

This website uses cookies to improve your experience while you navigate through the website. Out of these cookies, the cookies that are categorized as necessary are stored on your browser as they are essential for the working of basic functionalities of the website. We also use third-party cookies that help us analyze and understand how you use this website. These cookies will be stored in your browser only with your consent. You also have the option to opt-out of these cookies. But opting out of some of these cookies may have an effect on your browsing experience.
Necessary Always Enabled
Necessary cookies are absolutely essential for the website to function properly. This category only includes cookies that ensures basic functionalities and security features of the website. These cookies do not store any personal information.
Non-necessary
Any cookies that may not be particularly necessary for the website to function and is used specifically to collect user personal data via analytics, ads, other embedded contents are termed as non-necessary cookies. It is mandatory to procure user consent prior to running these cookies on your website.
SAVE & ACCEPT